A downloadable game for Windows

John Herrin survived a horrible accident and as a result, he damaged his brain and lost his memory. Only Dr. Rick Norberg and the friendly robot "AB" can help John to recover from his brain damage and restore his broken memory.

By falling asleep and rediscovering the past in his dreams, John can restore his memory and remember what caused the unfortunate catastrophe in one of the most secretive laboratories of the "Revivel" company.

But due to John's brain damage, falling asleep won't be as easy as it seems at first... John will start to hallucinate and hear sounds that will only make it harder to fall asleep. Only by dealing with his fears and staying calm can he successfully fall asleep, otherwise, his overwhelmingly high stress may lead to an untimely death ...

At the bottom left corner of the screen, there's an "Info Panel", which displays John's "Stress Level" and "Sleep Level". Hallucinations, sounds and visions can cause the Stress Level to rise up and if it reaches 100%, John will have a heart attack and the game will be over. To lower the Stress Level, simply open your eyes and/or turn on the light.

The Sleep Level shows how tired John is and if it reaches 100%, John will fall asleep. Close your eyes and keep them shut to reach 100%.

If a monster appears, hide under the blanket and wait until it goes away.

GAME MADE LITERALLY SCARED ME... I ENJOYED IT

Congrats you got a game theory about you!. Such a Good Game, looking forward to rest of the game. A question, will this game be free forever even when its on Steam. If it needs a price, dont go 60 bucks. instead do like 15 bucks or 25 bucks.

Thanks, we're really happy about GameTheory, too! :)) The demo with the 1st night will be free forever. As for the full price, 60 bucks is a total overkill for our game. This is not confirming anything, but we wouldn't go higher than 15-20$. Right now it's availabe on Steam for 10$ and we also do sales for it from time to time ;))

Thanks for the letsplay! :))

This was insanely good! I was very confused most of the time, but that gave way to excitement! I love the different gameplay elements when picking up the fuses. That adds a lot of variety and a fresh feel to the game. Here's my playthrough:

SauceEddie played this, hes so cool and cute

We had a lot of fun playing this game. Joe was a right wimp, it turns out he's not very good with horror games. Had some critical feedback too on the design, so check it out!

I absolutely loved this game! I do have a couple of minor gripes with it though.

First, the walking was rather clunky, often forcing me in a straight line when I attempted to turn. The flashlight running animation played when I just held down shift, even without moving. Turning the flashlight on in general was rather annoying, with it staying pointed down and to the left for around a second or so. This animation could be interrupted though if I very slightly sprint, putting it into the sprinting animation which returns to normal quicker.

The "find the exit" minigame was a bit frustrating, considering the amount of dead-ends, and by the time I became good enough at it to avoid the enemy, it lost its scariness.

The parkour minigame was more frustrating than scary. At one point I got stuck on the side of a ledge where it looked like I could step up it, resulting in me falling off.

I didn't encounter all the scares, but here are a couple that I did find ineffective.

As mentioned previously, the "find the exit" minigame lost its scariness after a bit, and playing it twice lets you know what to expect.

I found the losing screen at the end of the parkour minigame to be rather bland. Losing in that style of game in general isn't exactly scary, since you know that you're going to lose. The timer in the parkour minigame also took away the sense of urgency present in the other minigames. I think it would be much more frightening if something was chasing you down the tunnel. Something large would really create a sense of claustrophobia in the confines of the cavern. The thing could even move slightly faster than the player, nearly catching up only to be held back by a particularly small section of tunnel that it must burst through, buying the player some extra time.

With those aside, there are many things this game does fantastically.

The detailed environments help to really increase the immersion. The audio design is amazing, and the story is intriguing.

I especially enjoyed the "close the doors" and "follow the light" minigames. These were incredibly nerve-wracking, and had me more frightened than any other part of the game. These two were extremely well made.

Opening my eyes to see the creature outside the window nearly gave me a heart-attack. The anticipation of not knowing what will be there upon opening my eyes seriously helped to set the mood.

The sense of panic from the "close the doors" and "follow the light" minigames was phenomenal. Forcing me to concentrate and observe what happened around me, before jolting into action set me on edge like nothing else.

I will definitely check out the early access on Steam, and look forward to where you will go from here!

Thank you for the incredible feedback! We'll be sure to implement some of your suggestions in the next updates :))

He looks like a delicious piece of beef jerky.

Reply
Zethjs68 days ago(+1)
Very good game, i like the atmosphere alot. almost finished the first night but got caught and my stress level hit 3 :(. Good Spooks
Reply
AmberDrop67 days ago

Thanks for playing, don't give up!!

Wow, our game was streamed on #GTLive! :D

Love this game. Didn't get too far though, too many jump scares and I had a heart attack. lol At one point I didn't know if it was the game characters heart or my own that I was hearing pounding. I'll definitely be playing this again, hopefully with a little less panic, and actually survive the night.

I played night 2 as well 😱 here it is if you would like to see it:

Keep up the great work on the letsplay! :))

New trailer is out!

WOW i loved this game its so well done heres my playthrough:

Everyone has their demons. Can you keep yours in check?

Welcome to Try to Fall Asleep, a game where your inner demons like to . . . get out and enjoy the fresh air.

Loved the game, I know it has been out for a while but it looked absolutely fantastic so I had to try it. Looking forward to playing the whole game.

I overall did enjoy the game, although I sucked at it for the most part. 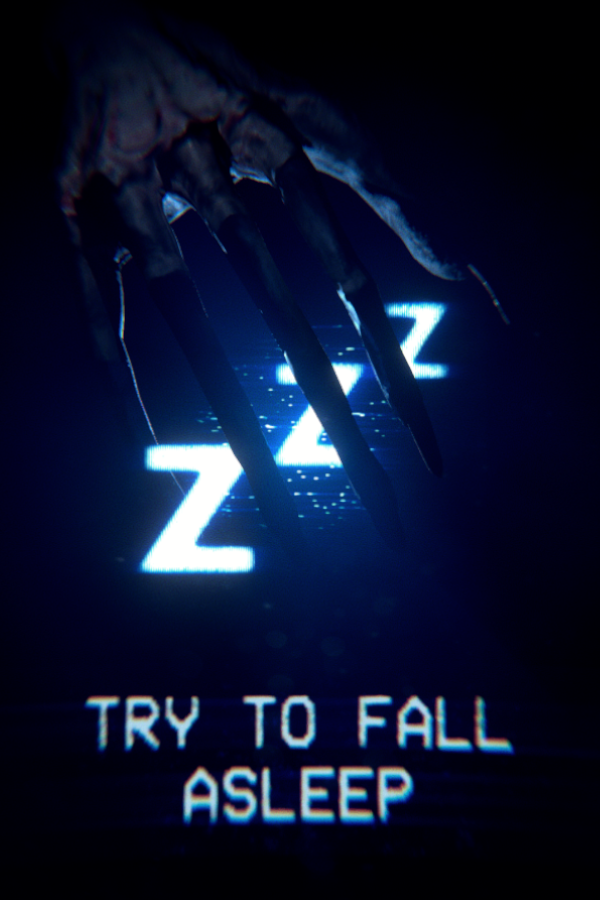 This game got me so scared, I almost didn't wanna play through the end. Great game to play

You're welcome! Glad u enjoyed it :))

Every time i try to install it it say corrupted file unable to launch and i reinstall it and it says it again please help.

this is exctally what it says

please help me i love this game

Sorry to hear that... Hope the help on Discord was somewhat useful :P

I almost shit in my pants nice game boys!!!

Awesome game!  Creepy and terrifying!  Definitely need to give it a go!

We only have the finest parkour 👌

Every thing I try to open the file in doesn't work and i don't have any money to buy the game on steam what should i do?

Try to keep the .exe file in the same folder where all the game files are. If it still doesn't work, try to get the free demo that's available on Steam.

When i try to download the game it says it isn't done yet and then closes the game.

Interesting... Hopefully in early Febuary it will be operational.

Will the game ever come out for macOS?

We'll definetely try to make a build for Macs. It might be tricky since Apple doesn't like people getting apps outside from their app store :P

This is a beautiful game! Very spooky and a super interesting concept!

I was wondering if the poster from the lab that says "loose lips spit sekrits" is for sale anywhere. As soon as I saw it I really wanted to purchase it.

This is a wonderful game and is extremely well created.

Thank you for the kind words! Unfortunately that "loose lips spit sekrits" poster is not for sale anywhere... If the game does really well, we might do some cool merch for it and include that poster ;)))

Nightmare fuel. Maybe I’m just a chicken, but this game was REALLY SCARY!

Thys game is not that bad *sorry for my bad inglish*

Thank you for the video. We're sorry that you felt slightly disappointed with the new demo. We promised this demo in May, since the update for the last demo was canceled because the files on our end got corrupted. Still, this demo is WAY better than the update that would've come out in May.  The early access won't be the same s$%@ though :))))

Thank you for the nice gameplay!

I had a good time with this! That intro is super tight!

All good, all good! Hopefuly the new demo won't have any issues like that :P

Great job! The graphics, atmosphere and overall game was amazing. Those jumpscares were just genius, they really got me. I actually made a video playing this amazing game with hilarious reactions. I hope you enjoy. Keep the good work dude! I can't wait for the full release.

Cool video! Try to fall asleep to experience the second part of the demo ;) 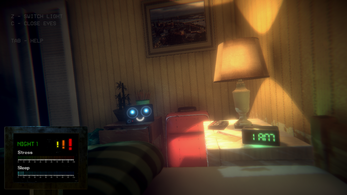 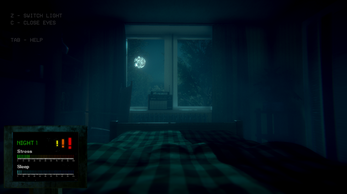 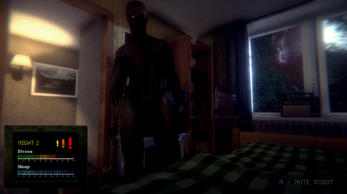 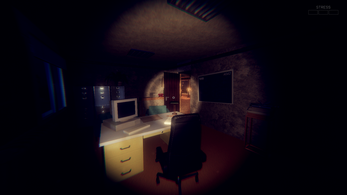 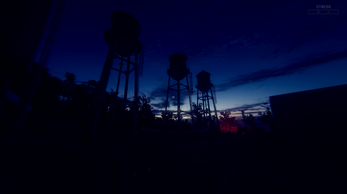 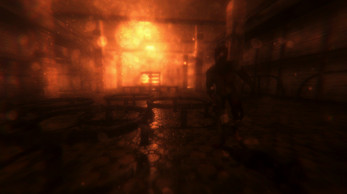 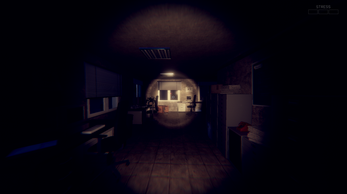 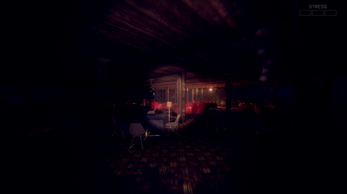 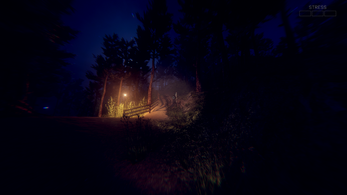